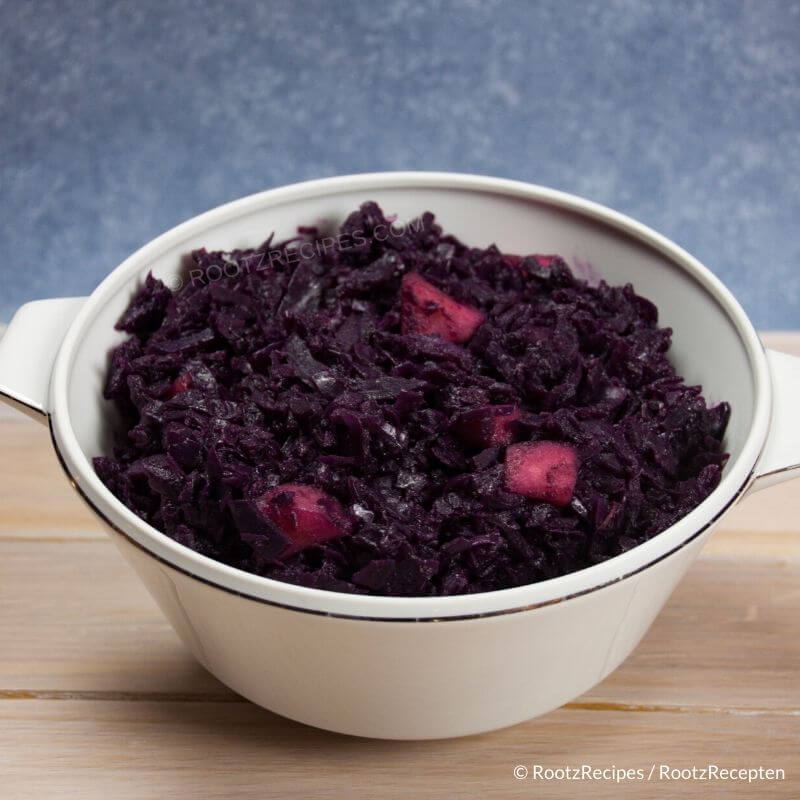 Dutch red cabbage with apple is obviously made with red cabbage and apple as well as some cinnamon and bay leaves. I also like to add juniper berries. Vinegar and sugar are used to give a nice sweet and sour flavor to the dish. The combination of the sweetness of the apple with the cabbage and vinegar is really nice. I also like how easy it is to adapt this dish to your own palette, some enjoy a more sour, tangy taste, others prefer things sweet. Whatever you fancy, you can adjust it to your liking.

I like to finish it with a knob of butter stirred in. There are versions out there that are faster, but I prefer to take some time making my ‘Rode Kool met Appel’.

There are many variations possible with this ‘Rode Kool met Appel’ dish. Some people like to start off by first frying the red cabbage till wilted before simmering with the other ingredients. Others like to add an onion or use apple sauce in addition to or instead of fresh apples. This recipe is a basic recipe to get you started and you can adjust it to your liking.