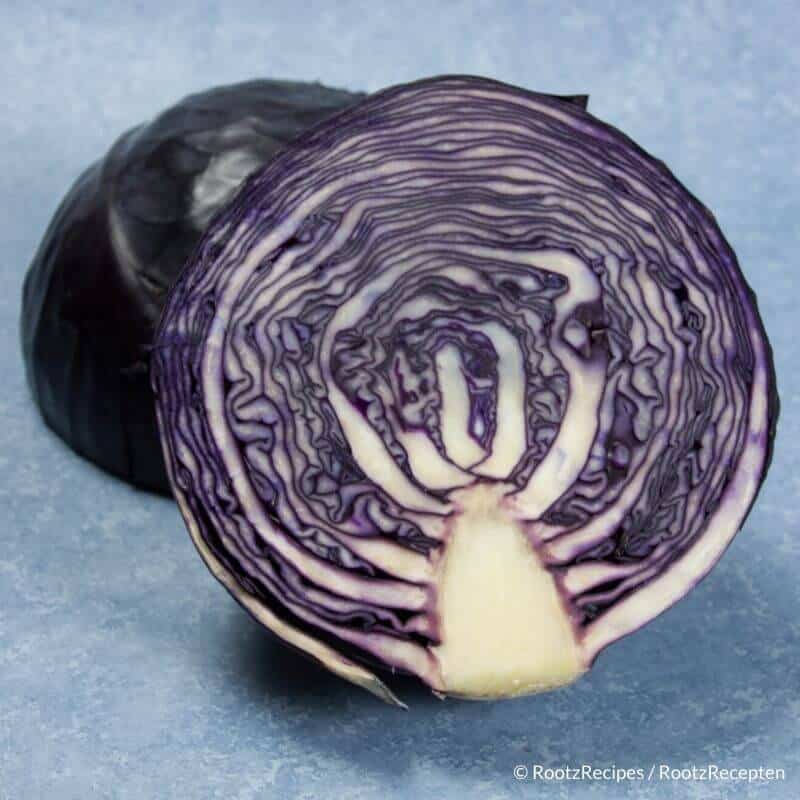 It is also known as purple cabbage, red kraut or blue kraut after preparation. The leaves of the red cabbage have a dark red/purple color.

When you’re cooking red cabbage you’ll notice that the cabbage will turn blue. To keep the red/purple color it’s important to add vingar or some kind of acidic fruit to the dish.

The darkest and oldest variety of red cabbage used to be called “Niggerhead” in English and “Negerkop” in Dutch. At the request of a British European Parliament Member the name was changed in Europe (around 1987). He said that calling a variety of cabbage in such a way is racist and he asked the European Commission to remove the word from it’s official catalog of vegetable species. The European Commission shared the MP’s views and decided to rename the cabbage to Red Head (Roodkop)

In traditional Dutch cuisine, red cabbage is often paired with red meat and game. In the Netherlands red cabbage is mostly used to prepare braised red cabbage with apples. A vegetable dish that’s often served with hachee (stewed meat) or as a side dish.